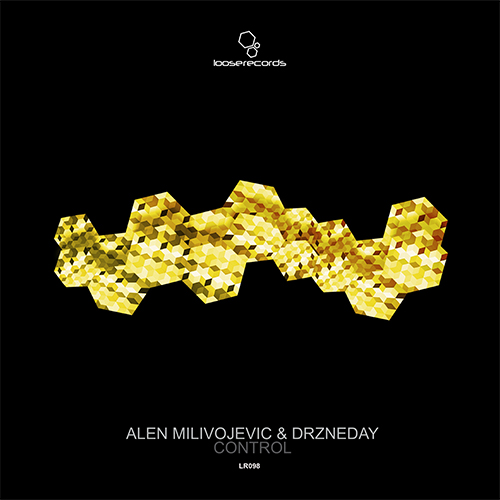 Alen Milivojevic and Drzneday drop a fast-paced techno release on Loose Records, which is a breeding ground for fresh talent after signing early releases to the likes of Joseph Capriati, Luigi Madonna, Roberto Capuano, and Audiomatiques.

Both hailing from Bosnia and Herzegovina, Alen Milivojevic and Drzneday are two of the region’s most prominent artists and along with their many collaborations, are also solo artists.

Playing many of the festivals in places like Czech Republic, Slovenia and Croatia, Alen Milivojevic has a style that blends old school sounds with new school ideas, which has lead to his solo works on labels such as UMEK’s 1605 plus Cristian Varela’s Pornographic Recordings.

Drzneday has made many solo releases on labels such as Dolma Red, but also collaborated with the likes of Black Acid when releasing on imprints such as Sasha Carassi’s Phobiq. With a love of powerful synth lines and dark atmosphere, his music is perfectly suited for peak time moments on the dance floor.

The three original tracks on this EP have industrial percussion combined with punishing rhythms and brutal synth lines to create unrelenting techno tailored for maximum intensity.

“Syron” opens the release with a sinister synth line and rattling hi-hats before the stripped back groove of “Penetration” draws focus on deep synth stabs layered with onslaughts of thrashing percussion. “Control” closes out the release with its immense synth line that delivers a tidal wave of devastating force.