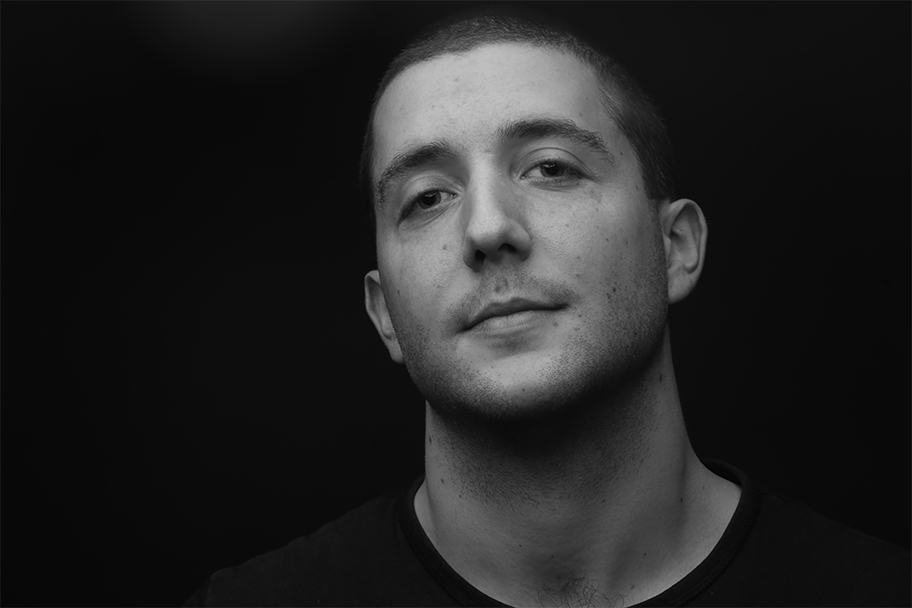 Born in Croatia in 1992, DJ Jock entered the world of music when he was practically a toddler. By the age of 14, his love of techno led him to start playing at private parties, and from then on, his dreams began to turn into reality. Three years later in 2009, he became a resident DJ at Croatia’s Pineta Beach Bar. Only 17 years old at the time, he was opening and closing gigs for a host of big name DJs. Not only did this give him the chance to show off his skills to a bigger audience, he also went on to play all-night sets lasting between 5-7 hours.

Before long, Jock started producing his own tracks, with his first EP ‘Colombian Lines’ being released on Debuger Records by the time he was 18. He continued to work tirelessly on his production, which eventually saw him go on to fulfil a lifelong dream – he was signed to Cristian Varela’s label Pornographic Records. The first release was supported, played and charted by some of the world’s top DJs. His tracks, ‘Chicas’ was a huge success and has been played at iconic festivals and clubs, including Tomorrowland, Awakenings, Electrobeach Festival, Exit Festival and Space Ibiza.After that,Jock’s carrier started growing up which led him to play numerous regional and international gigs.
New Chapter For DJ Jock with Unrilis as he makes his Debute Solo EP called “Magia” Coming out on Friday, So we took the chance to ask DJ Jock Some Questions and here what he said.

Since I was kid, I was always amazed by music studios and equipment like synthesisers and big studio mixers, and most songs that had biggest impact on my emotions were electronic music. I started to collect vinyls when I was 13 years old.My first one was Cristian Varela’s Pornographic Experience EP . I was playing it for days, I was so amazed by the sound. At that time there were no vinyl shops with electronic music in my hometown, so I was buying anything that had something with electronic music. I started to playing at private parties in my hometown, later on in clubs and then after that on summer I got residency in one of the best beach bars in Croatia. And that’s how all started.

My favourite DJ is Sasha. It really fascinating how he stayed on top of the game all these years without “selling” himself. I have been following him for years but I got chance to listen him live first time in 2015. I went alone on that event and he blew my mind. In terms of studio and producing, I have many producers that I admire . Peter Dundov, Steve Rachmad, Cristian Varela, The Source Experience, Vince Watson and manny others.

Which DAW do you use to produce music? And what’s your favorite Synth?

I am doing everything in Ableton live. Producing, mixing, mastering.

Tell us about your EP “Magia”? how did you come up with the Title? What inspired you to make the EP?

Well I made Magia for intro track for one gig. I had just two and half minutes from it, it started from main break.After playing it crowd reaction was amazing, and lots of people asked me for ID.

Then I went back to studio and made a full track from it.

For this EP I used a lot my Virus, especially for cinematic sounds like drones and dark sounds.

For baselines on tracks I mostly used Roland Se02 and Moog Sub 37.

I am big fan of Terminator movie, and since I was a kid I was amazed by its soundtrack ( especially Terminator 1 soundtrack which was made by Brad Fidel).

So that’s were inspiration for Future War came from. I used combination of different sounds processed with Soundtoys plugins to get sounds panned around the sound picture. I also sampled sounds from moving tanks and made them like a some sort of effects thought the track. Synth sound before the drop like ticking bomb and it was made on Virus.

It all depends on my mood and inspiration.

I make a lot of different music when I am at studio, from ambient to breakbeat.But I don’t release that stuff,dont know why..maybe will in future with some other alias.

I hope it won’t get too commercial.

Where do you see DJ Jock in 10 Years and what do we expect from DJ Jock in the Future?

haha that’s a hard one, I hope that I will still be able to work on music and that the gigs will go nicely.

I am working on a lot of music at the moment, so hopefully will release some of it in the future 🙂