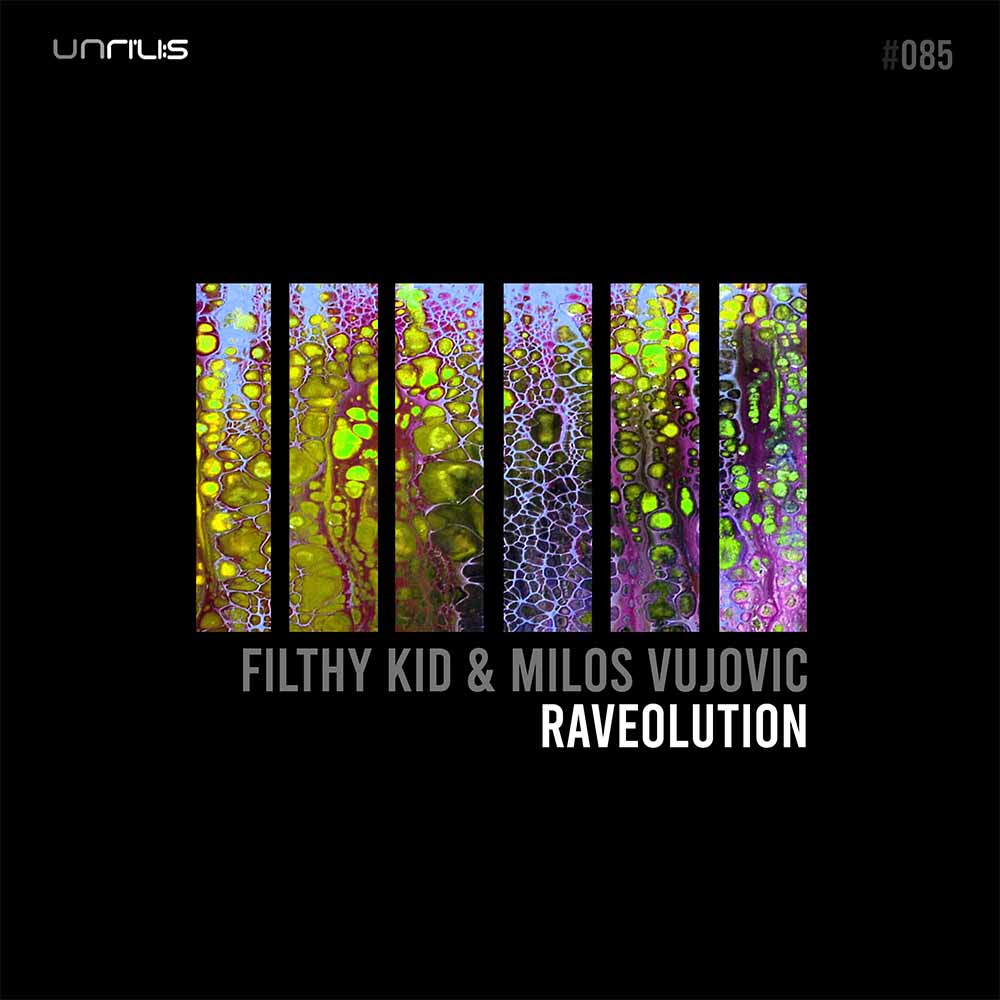 Unrilis is excited to present a brand new release from Filthy Kid and Milos Vujovic as they are making their debut on the imprint with four Techno gems under the name of “Raveolution”.

Both artists have a rich catalog releasing on many respected labels, Milos Vujovic has released on Loose Records and Filthy kid released on Phobiq but their collaboration tend to work like a charm.

Milos ‘Stefan (Filthy Kid) and I go way back, he is a very good friend of mine and a fantastic producer and we are music-wise perfectly in sync. Since we did an EP a few years back, we decided to do another one aiming this time trying to deliver a more unique signature sound of ours that we will try to keep on maintaining in our next collabs.

“Who You Are” was the first song that was created, we wanted it to be a bit “deeper” and yet to be playable at any part of the night when DJing.

“Raveolution” was our main banger creation. Since we live far apart from each other in different cities, it is a bit hard for us to collab properly, but once he came for a visit to my studio we just started working and literary finished almost the whole track in a day. Everything was just falling perfectly into place. The saw/reese lead sound was the most challenging thing that was the hardest to mix and put so that is stands out in the track. We love how it came out in the end, and we couldn’t wait to test it out live. And the reaction of the crowd was amazing!

“Gravity” was the last track that was made, the idea of pushing for a big long uplifting break with a clear synth lead and a perfect low end.In the end, I think we can be really satisfied with the outcome. After all, we made it here to Unrilis, so mission accomplished!’