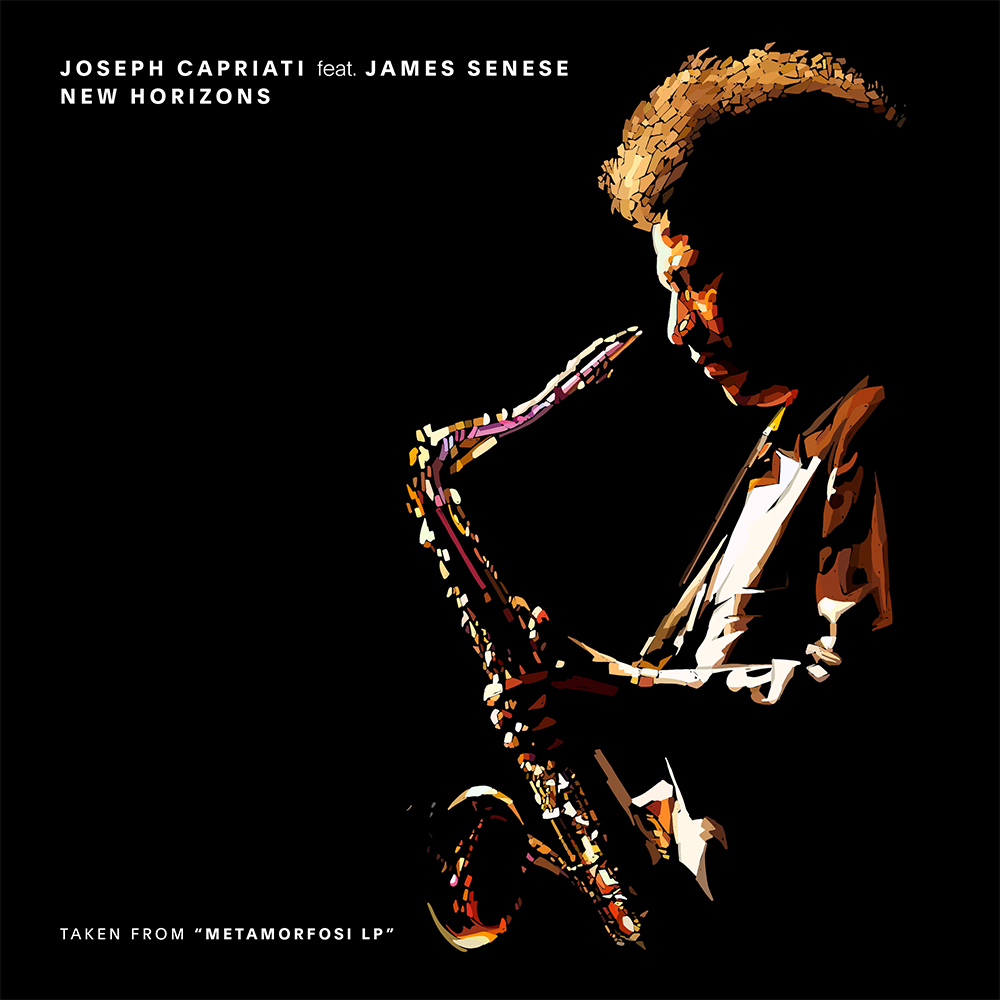 True to its title, the track explores directions we’ve never heard before in the music of the Southern Italian producer from Caserta. It is far away from the 4/4 kicks and from the usual techno territory where Capriati is a master and a worldwide pillar. ’New Horizons’ looks somewhere else, and to head to these new horizons, Joseph joins an extraordinary travel mate: musical legend James Senese. Senese is a saxophonist who has crossed some of
the most important adventures of Italian music during his long career.

From Napoli Centrale to the historical and mythical band of Pino Daniele, a backbone of the famous Neapolitan Sound of the ‘80s, with whom Senese has surpassed the boundaries of Italian fame to become a worldwide reference of a fresh and new take on pop, funk and jazz.
Senese, the tradition. Capriati, the innovation. A legacy, a musical heritage of Neapolitan and Italian music, from the roots to the present and projected into the future for a surprising and unexpected collaboration. In ‘New Horizons’ the electronic production of Joseph Capriati coexists with the tradition and the mastery of a champion like James Senese’s sax, in a smart and sophisticated, downtempo beat. A track intended to leave an indelible mark on International music.