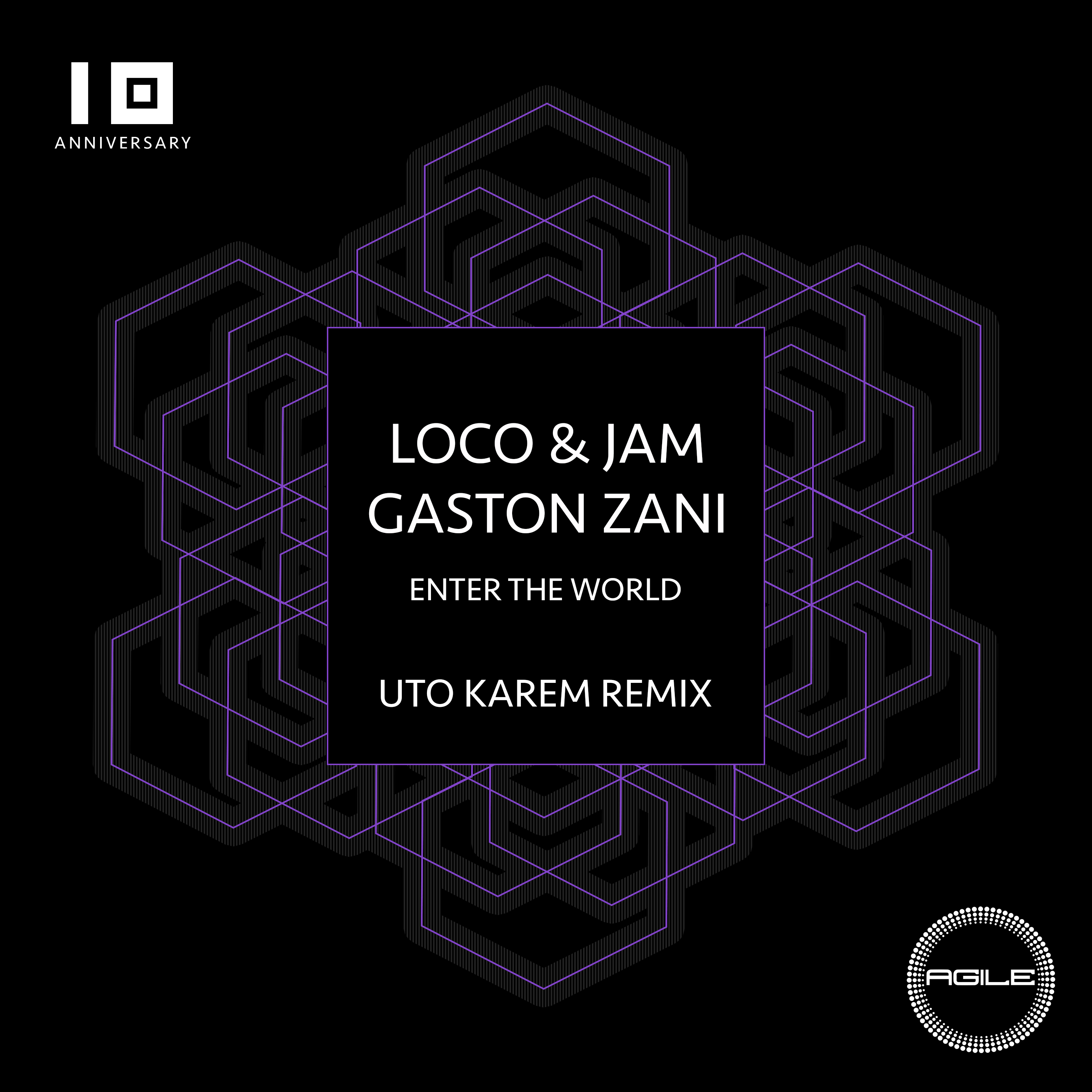 Agile Recordings welcomes a collaboration between two of the imprints favourite acts Loco & Jam and Gaston Zani. Teaming up for the first time, the guys have combined their individual styles into a peak time hybrid of fist pumping techno.

Officially making their debut collaboration with this three track EP, both Loco & Jam and Gaston Zani are both successful solo acts, and their originals are joined by a fantastic remix by Uto Karem who is an iconic artist from the Italian club scene with releases on other labels ranging from Plus 8 to SCI+TEC.

Loco & Jam last featured on Agile Recordings when they contributed to the labels landmark 100th release, but the Northern Irish duo have also featured on other high-profile imprints such as Tronic, Terminal M, Suara and Octopus.

Gaston Zani has featured many solo EP’s on Agile Recordings adding the label to his impressive back catalogue that also includes the likes of Intec, AnalyticTrail, Set About and Phobiq.

“Enter The World” opens the release with a stomping groove and seductive chord stabs, before “Absolute Chaos” tears the roof off with it’s thundering kick drum and ominous atmosphere. Closing the release is Uto Karem’s rework of “Enter The World” which transforms the track with powerful euphoria and added intensity.

Buy it Here! or Listen on Spotify!