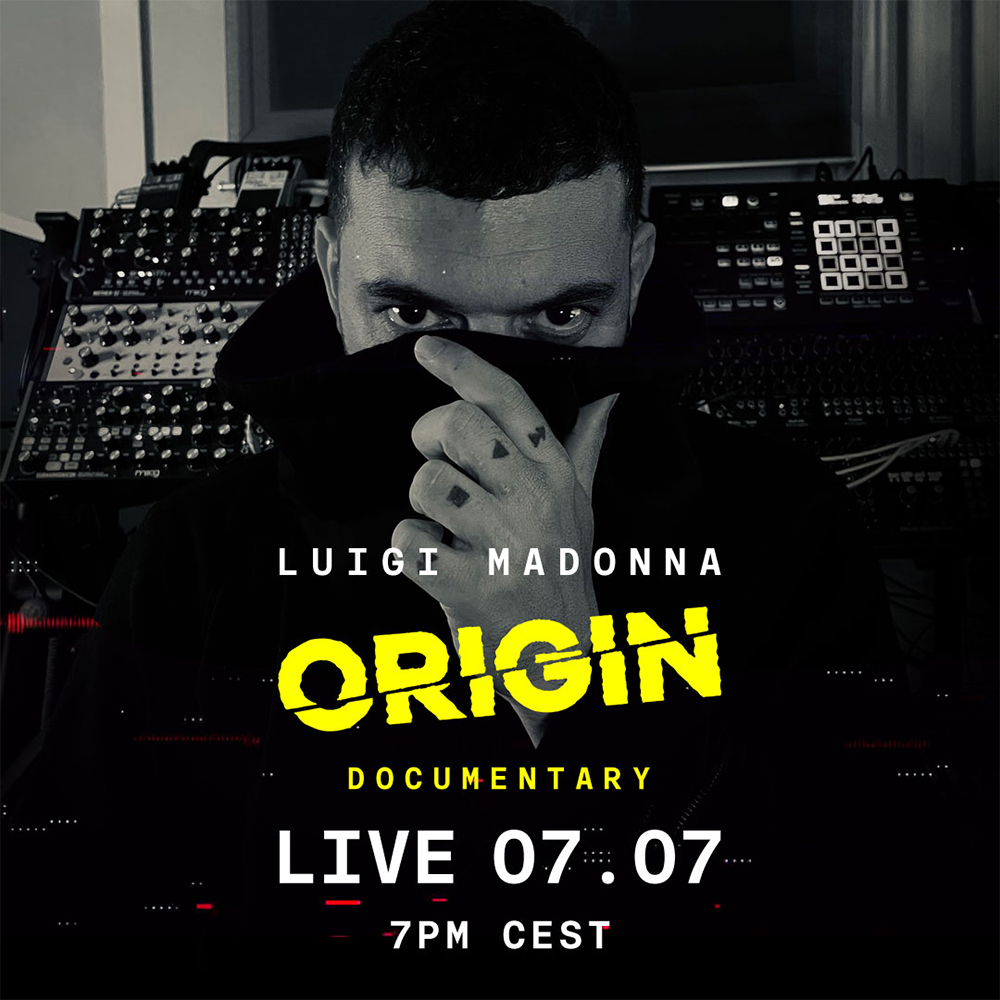 Luigi Madonna has been one of the most assiduous contributors to the evolution of dance music for over 2 decades and has rightly earned his place as one of Techno’s i ndispensable talents. Recognised and l oved by audiences and industry peers alike for his rebellious approach to production and magnetic personality, the Neapolitan native has become a household name for House and Techno communities across the globe. Teaming up with famed publication Billboard I talia for an exclusive documentary, Luigi Madonna reveals the man behind the music, as he l ooks back on a 20-year-long career and the relationships he’s formed along the way. “O rigin” will premiere on Luigi Madonna’s facebook page on Wednesday July 7th at 7pm CEST.

Produced by Billboard I talia’s own Andrea Minoia, “Origin” delves deeply i nto the roots of the I talian artist, who enjoyed many fruitful years i n the house music scene before pioneering a nouveau strain of purist techno that he continues to develop and champion to this day. During i ts 23-minute run time, the short film exposes Luigi’s crucial role i n the advancement of the genre through exclusive interviews with some of the i ndustry’s l eading figures, including Adam Beyer, Charlotte de Witte, Eats Everything, J oseph Capriati, P an-Pot and Awakenings founder Rocco Veenboer. Soundtracked by his many chart-topping releases, “Origin” explores the untold story behind his long-standing success, as his advocates reminisce on fond memories shared with the l arger-than-life character. Looking back at nostalgic footage from his stand-out performances for A wakenings , Sonus Festival, Dockyard Festival , Spazio 900 , and Arenile Napoli , it is clear that the real evidence of this truly versatile artist l ies within the marriage of his unbridled creativity, technical mastery and unparalleled charisma.