Joseph Capriati updates three classic tracks from friend and Napoli legend Rino Cerrone’s label Rilis. Known as an artist whose identity is inseparable from his home city, it is fitting that Joseph would revisit the work of a Neapolitan techno icon for his own label REDIMENSION. Capriati takes the unhinged spirit of early 00s Napoli techno and adds his signature touch. A must-have for fans of both these artists.
In Joseph’s own words: ”In 2003 I went to my first techno party, at Old River Park in Napoli, where Rino Cerrone was playing. I was into house music at the time but that day the Techno music changed my life. I’m happy to present three reinterpretations of his tracks all these years later, having become close friends over the years and working together on many projects. He allowed me to choose whichever tracks from his incredible, timeless Rilis discography and here are the results. Two new versions of Rino Cerrone originals, and one of a Gaetano Parisio remix.” 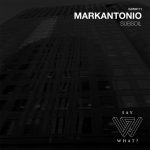 Markantonio “Subsoil” EP is Now Out on Say What?.
| 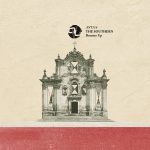