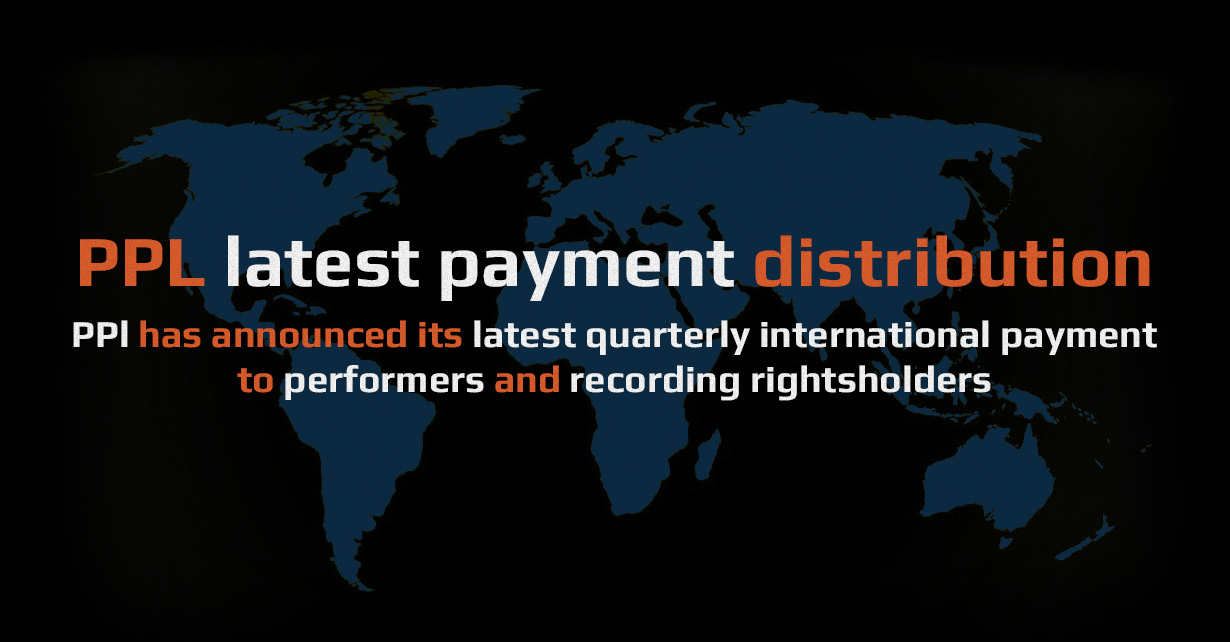 PPL has announced its latest quarterly international payment to performers and recording rightsholders with £13.9 million being paid out on 28 September 2018.  19,223 performers and 1,652 recording rightsholders received a payment in this latest distribution.  So far in 2018, a total of £53.4 million has been distributed by PPL in international royalties – already a higher total than any other previous complete year.  Notable contributions to the distribution included payments from GVL, SoundExchange, Playright and Gramex Denmark.
This most recent distribution also saw a significant number of classical performers receiving monies from PPL, with over 7,000 individual classical performers receiving a payment.  This was largely as a result of the payment received from GVL in Germany.  PPL holds mandates to make international claims for a number of orchestras and other large ensembles and has had significant success in collecting revenues for them.
In March 2018, PPL announced a record annual international collection of £49.6 million for 2017 – up 3 percent on the £48.3 million collected in 2016.  This increase follows impressive longer-term growth for this element of PPL’s business; from collecting £6 million just over a decade ago in 2006, to £49.6 million in 2017. During this twelve-year period, PPL has collected over £355 million internationally for performers and record companies.
PPL now has 90 international collection agreements in place. One of the key reasons for the continued success of PPL’s international collections business is the organisation’s long-standing commercial relationships with other CMOs around the world, with whom PPL works directly in order to help maximise revenue for PPL members.  These members include record companies, together with performers ranging from emerging grassroots artists through to established session musicians and influential festival headliners.
Peter Leathem, Chief Executive said: “We are very proud of this latest quarterly international distribution and in particular, the fact that over 20,000 performers and recording rightsholders have received a payment from PPL.  I would like to thank everyone at PPL for their continued dedication and hard work in making this most recent distribution a successful one.”
Laurence Oxenbury, Director of International, PPL said: “This latest international distribution comes as a direct result of the quality and breadth of musical talent represented by PPL.  Music has never been more in demand globally and it is PPL’s role to act as a conduit for ensuring that the revenues flow back to the music makers who invest their time, energy and money creating the songs we all love.”