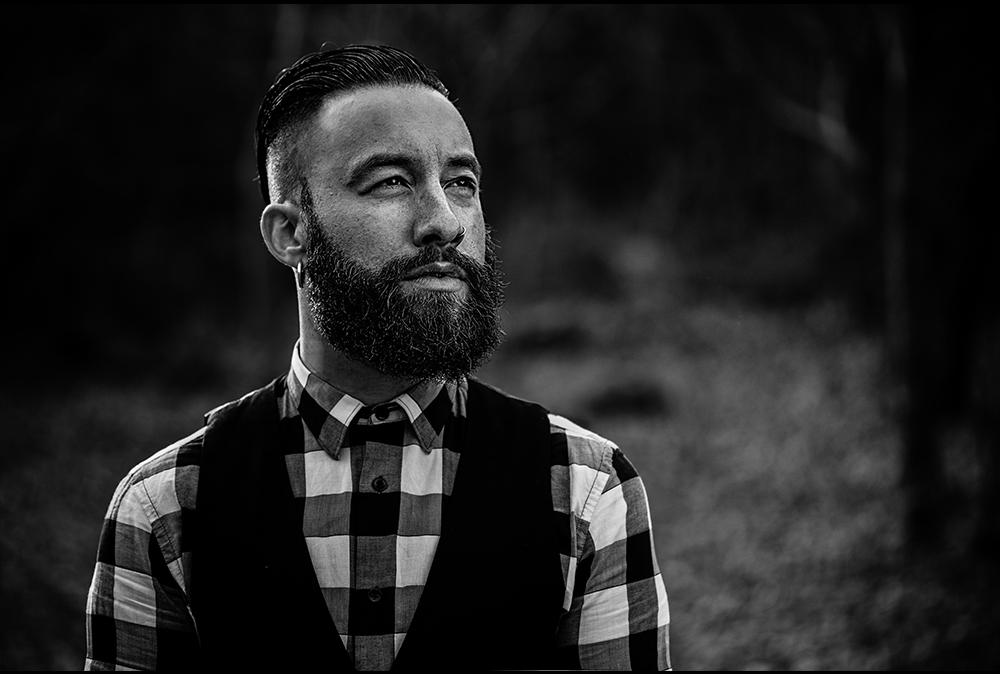 As a Debut on Unrilis, The Spaniard David Granha Brought to the Table 4 Trackers EP in Collaboration with Hollen, So we took the chance to ask David Some Questions and here what he said.

First tell us how you keep yourself busy during the Quarantine Period?

Well, in my case i began to work for a real state agency in January, so most of the time im working there. It used to be at the office, but right now we are working from home due to the quarantine. This is more less 8h day / 5 days a week, so as you can see im busy enough lol. Anyway I manage to spend time watching films/serials, workout, and drinking beer ;). Sadly my studio is not located at my flat, so I can’t make music properly here (I just have headphones and the laptop), but im beginning to do things related with music, because honestly this is what I needed now. There is also plenty of people doing tutorials, and you can always learn form others. Youtube is the Bible.

It was definitely in high school, because I was listening to metal bands on the school, which was actually very weird for my age. Nevertheless probably when I was 13 I listened “Remanufacture” from Fear Factory and they were beginning to add electronic elements to their music, so that kind of stuff impressed me. After that comes The Prodigy, The Chemical Brothers and then, the master Laurent Garnier, and there was no holding back. I was listening to Oscar Mulero, Surgeon, Cristian Varela, Umek, Valentino Kanzyani, Oxia, G-Force and many other producers from early 00´s.

When I was 16 I bought a Roland MC-303 and i spent a lot of time learning how to produce music and this Affected my studies which i had to spend another year in high school.

I always have / had / will have favorite artists, I listen to many kinds of music and it depends on the time I have “that favorite”. Probably im in love with Hans Zimmer, theres no possible comparison between him and most of the music I have heard. Today for example I have been listening to KAS:ST, and I can say that the guys have inspired me a lot (its the first time I listen to their music beyond the Afterlife EP…), such amazing talented guys.

I really like Max Copper, Enrico Sangiuliano, Victor Ruiz, Cosmic Boys… and its somehow the kind of techno I play the most. I love for example composers, as Thomas Bergersen, but this dude “plays in another league” as we say here in Spain, (the guy stands out). I love music created for films, orchestras, strings, operas, piano…

Which DAW do you use to produce music? And what’s your favorite Synth?

I use FL Studio, I have been working with it since 2004, I think. Maybe its not as “cool” as Live or others, but I work super fast with it, and im very confortable. I must say that I don’t like the changes so much… I was working with FL 11 till the last summer, and its FL 20 now!!!!!!. If Kontakt was a synth i Definitely pick it because it’s a winner, I love the unlimited possibilities that this vst gives. I prefer to choose PSP Vintage Warmer, rather than a synth, because is the plugin I use the most.

Tell us about your EP “Try To Do IT”? how did you come up with the Title? What inspired you to make the EP?

Well, after my remix to Hollen on his label Prospect, we decided to join forces, we liked each other music so… it was interesting to do a collaboration.  “Try to do It” its an amazing phrase that Stan Lee said in one of his latest speeches, and it was truly inspiring. Normally I don’t think specially in anything when im doing music, I just begin to add things into a project and then, if I am inspired that day, something comes. But I don’t usually need to think in anything to make music.

I like to think that my music has something filmic / cinematic, but I don’t know… I have made many types / styles in the last 20 years, and honestly I don’t know. I would say techno with melodies, but I change a lot. Maybe I can say some words that represent it: noisy, melodic, techno, progressive, filmic, heavy.

I would love to see techno being techno, I dont really like how part of the scene is right now. As I said before, maybe im just an old fashioning producer, but I don’t believe for example in ghost production, I respect ghost producers, because they know how self-sacrificing is to learn, but not the opposite. We are creating a generation of lazy djs that just want money, popularity, selfies and stuff, but not the sacrifice. And honestly, they are losing one of the best parts. So, how I see techno in 10 years?. I just expect it to be techno.

Where do you see yourself in 10 Years and what do we expect from Hollen in the Future?

Im working on my first album, and I just hope it doesn’t take me 10 years. Thanks a lot for this interview guys.