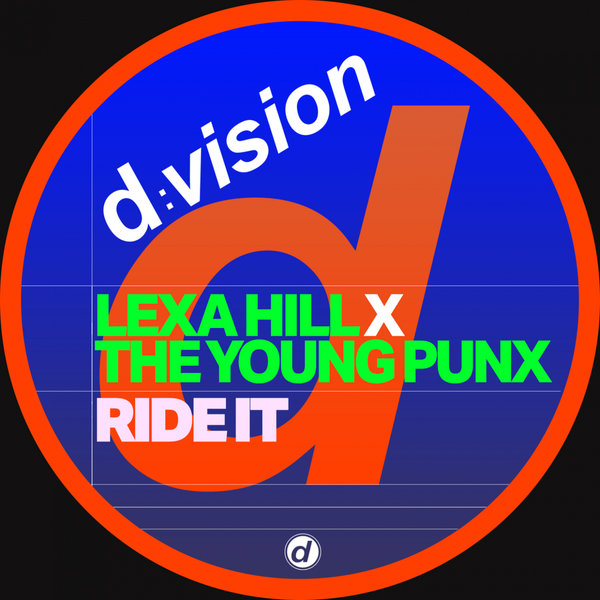 In just a few years, Italian DJ Lexa Hill has risen through the ranks of the scene to become a Tech House champion with an impressive catalogue of releases on top labels such as Chus & Ceballo’s Stereo Productions, Riva Starr’s Snatch! Records and Kevin McKay’s Glasgow Underground, earning him high profile fans from David Morales to Roger Sanchez, Kenny Dope and Carl Cox.

The Young Punx is the Electronica side project of multi-Grammy-winning, multiplatinum producer Hal Ritson. Since 2003, London’s credible Dance music provocateurs continue to celebrate and subvert all House music forms in their own world mashing it up with Jungle, Hip Hop, Breaks and Pop.

Fuelled by their boundless energy and infectious enthusiasm for dancefloor, the duo join their insatiable appetite for killer cuts and make their debut together on d:vision with ‘Ride It’.

Already turning the head of Fatboy Slim and many more seminal selectors with its powerful groove, electrifying bassline, intoxicating vocal and dynamite-charged drops, ‘Ride It’ is a thunderous record.